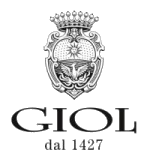 In 1427, following the conquest of the mainland, the Venetian Republic rewarded its commander-in-chief Nicolò Mauruzzi da Tolentino for his outstanding service in battle by promising him San Polo di Piave (including its farm and small castle) upon completion of his term of office. Nicolò married Isotta, the daughter of Francesco Sforza, but then was killed in battle.

The promised reward was presented to Cristoforo, his son legitimized by Pope Martin V, who wanted to repay Nicolò for services rendered as gonfalonier of the Holy Roman Church. Cristoforo also won the favour of the Venetian Republic, defending Verona and taking Padua from Marsiglio di Carrara.

In 1452 the Doge, Francesco Foscarini, awarded Cristoforo the fiefdom of San Polo (and other assets) sized from the patriarchate of Aquileia. After the death of Cristoforo, San Polo passed to the Gabriel family, who retained ownership until the fall of the Venetian Republic on 12th May 1797 and Napoleon’s subsequent abolition of the feudal system. The abolition lasted only a few months as the Emperor of Austria, on taking possession of the former Venetian Republic, reinstated the feudal system, upon which the property was returned to the Gabriel family.

A few days after the death of the childless Angelo Maria Gabriel, Austria withdrew from the Venetian territories, which thus reverted to Napoleon, who promptly abolished the feudal system yet again. The estate passed into the hands of the Vivante family and subsequently the Papadopoli family, who were its owners at the outbreak of the First World War. San Polo was occupied by the Austrians after the defeat at the Battle of Caporetto and the castle, along with the winery, became a military garrison. Evidence of battle is still visible on the walls and barrels today.

In 1919 the whole complex was purchased by Giovanni Giol, who had only recently returned from Mendoza in Argentina, where he had emigrated at a very young age. There he had built up a veritable empire and the largest winery in the world. Back in Italy, he purchased the whole complex owned by the Papadopoli family: the castle with its extensive grounds, the old winery and a vast expanse of land.

Today his great-granddaughter Luisa proudly continues to defend this paradise with the help of her son Vittorio. The goal of safeguarding and protecting this unrivalled historical, cultural and environmental heritage lives on.

The nature of the soil and the climate bear great influence on the typicality of the wines. Soils are alluvial and largely gravelly, with medium texture and decent fertility. These are the same soils that produce other prized specialities like the white asparagus of Cimadolmo and Radicchio Trevigiano. In summer the climate offers average daytime temperatures of 28-30 degrees while the presence of the hills delivers a thermal excursion of up to 18 degrees in the evenings. This explains the wines’ pleasant acidity, their fresh aromas that are elegant and fruity and their agreeable, well-balanced structure.

The grape must and wines are pure grape juice; they are not tampered with in any way but are shown respect and allowed to mature naturally. In addition to the organoleptic quality of the flavours and aromas, is also guarantee food quality: digestibility, hygiene and freshness. The products are as genuine and honest as their know-how and experience makes possible. Organic wines since 1987 and also Vegan.